Posted at 01:00h in Fashion, Link Up by Jess Jannenga 45 Comments

It was 1984, I was 16, and one of my favorite bands was playing at Pittsburgh’s Civic Arena. This was the first time I saw Journey, with Steve Perry at front and center. So, needless to say, the Def Leppard/Journey Concert brought me back, when we went to see them play this weekend at the Spectrum Center in Charlotte.

I was curious to see the various age groups and wonder who the fans were of these two awesome bands. I am and always will be a rocker chic.

Selfie time before the concert!

We first went to Wooden Vine in Uptown, a  fancy wine bar with great food and an extensive wine list before heading to the concert. Hubby and I enjoyed a glass and some appetizers, and met some other ladies at the bar who were also going to the concert.

So, what to wear. Well, you know I am not a big fan of black on myself, with my fair skin and light hair. It is hard for me to beleive that I used to wear all black, as color is much more flattering on me.

Regardless, it was a rock concert after all! I do remember in Music School, my Eurythmics teacher coming up to me, on a day I wore black leggings and a Metallica Tee, to express “how much more lovely I would look in pastels!” I had laughed to myself, putting on this textured black shell, thinking what would she think? !

I knew I would be wearing my Old Navy jeans, again, lets state the obvious. They are called ROCKSTAR 24/7 jeans. It was only aprapo!

Since the shell had a chiffon floral texture, I decided to forgo a necklace and wear my dramatic jeweled red tassel earrings. I loved the long style and the knotted section of the earring. I’ll let them make the statement! As I haven’t been to a stadium in years, I wondered about the shoes I should wear, they needed to be a bit sexy, but comfort was key too. My metallic silver Jambu sandals  should do the trick.  I knew I would be standing part of the night, as this girl doesn’t just move in her seat! I didn’t just stand part of the night. I stood and danced for almost the whole concert! I was so thankful I wore my metallic Jambu shoes as they saved my feet and legs and i was able to rock out to the music!

The stadium was packed, a full house, sold out. It was just so cool to be there and see the amount of people and electric vibe in the air. First up was Def Leppard, and they were so amazing. Joe Elliot, lead singer of DL sounded great, as did the rest of the band, not missing a step in the tunes of my generation.

. i would say back in the days of MTV, I really was interested in rock. There used to be a late night show, in the mid 80s called “Headbanger’s Ball” where the popular hair bands of the day would perform. I think this is when I fully embraced my long hair too. I was proud of my “headbanger status” and the hair that went with it.

I am a huge fan of both of these bands and they did not dissapoint. Ive been a fan of Def Leppard since I was 16. Some of my favorites of DL of the night was when they played Foolin, ( love that!) Love Bites, Pour Some Sugar on Me, Rock of Ages, and my favorite for the finale, “Photograph.” “The Thunder God”, or DL’s Drummer, Rick Allen, gave an incredible drum solo. Fans probably know, Allen has one arm due to a car accident years before.

I remember Def Leppard, and have a specific memory of the tune, “Photograph’. My brother had his friend from down the street up to our house to hang out, in the basement, and listen to music. I had a big crush on “Chip, a tall, athletic guy, we used to play tons of sports with in the neighborhood. I was a serious tomboy!  I remember all of us listening to this tune back then!

Rock of Ages and Photograph were the encores of the night, so awesome!

I thought for sure I was going to lose my voice and be unable to move come Sunday, but I am alright, it was worth it! I think I “woo-ed” so much that night, I thought I would spontaneuously “woo” and do the “rock sign” in my sleep!

Before I talk about Journey, I have to say last night I felt so free! It is one of the those times where you want to bottle that feeling. I am not inhibited when it comes to concerts. Part of the night, i felt I was the only one in my section standing up and dancing- or rockin out. The guy in the aisle beside me “fist bumped” me after the concert! I will always totally and freely get into music and not worry about looking weird in any way. There were plenty of ladies around me that were sitting in their chairs with their arms crossed! I just can’t do that! Music has always been a sense of freedom for me, and thats how I choose to express myself. I “let my hair down”!

on the way to the concert in my new grey tortoise shades 😉 #carselfie  Can’t wait!

I always choose to wear a color near my face if I wear black. The red earrings do not make it look as stark against my fair skin.

So, as I mentioned i saw Journey once before as a teenager, with Steve Perry as lead vocal. Last night, Arnel Pineda, was lead vocal for Journey and if you closed your eyes, you might think it was Steve Perry! Amazing! I had head him on Good Morning America, and the tone is nearly the same- plus he hits the high notes ! What a gig he has had. He got the job after singing lead as a Journey Cover Band, when the actual members had heard him and needed to see him. Wouldn’t that be crazy, that would have been like me playing in Stevie ray Vaughns Band?

I am one to sing alot in the car. So, when “Don’t stop Beleivin” ” comes on the radio– Ill be singing! They started with one of my favorites- Seperate Ways, Any Way You Want it, and so many other great tunes. in between, Neil Schon, prolific guitarist for Journey, gave an electrifiying solo.. As a guitarist, I always appreciated his skills.

Faithfully, is another favorite song of mine, which tells a story about being on the road, and how hard it is to be a professional musician when you are apart from your family.

Hubby bought me a concert tee at the end of the show, and I look forward to wearing it on the blog this summer. This concert really brought me back to the 80s and my love for rock music. And even though my doc probably wouldn’t have approved me standing- dancing for hours, sometimes you just have to say the %$#@ with it!

I knew it would take physical therapy dry needling this week and resting two days to feel better,  , but it was worth it.

This is one memory I will always have.

Metal-lic shoes by Jambu- Thank Goodness I wore these shoes!

My black shell has a chiffon texture

I had to throw my hair up later in a ponytail. It was so hot! At least you could see the red tassel earrings this way!

Seperate Ways- Journey.   ( I never get tired of hearing this tune!)

I miss the days of rock. It was a time in the 80s that had such an impact on me, and I would listen to music all of the time.  Hope you enjoyed this post!

I have enjoyed hearing a bit from you last week on your love for these bands.

Are you a Journey or a Def Leppard Fan? Who are your Heros of Rock? What would you wear to a rock concert in the summer?

I’d love to hear about it in the comments! 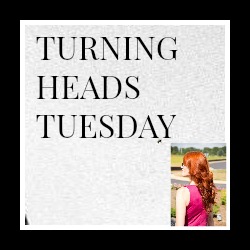 Most Clicked- A Blondes Moment

Def Leppard, Journey, over 50 fashion, rock concert in Charlotte, what to wear to a rock concert
Share
Print page
0 Likes