18 May B.B. King Tribute-Wearin’ My Blues

Posted at 06:00h in Uncategorized by Jess Jannenga 34 Comments

I wanted to write this post as I was saddened by the loss of one of the Blues greatest musicians over the weekend, B.B. King. In dedication, I am wearing my blues today! 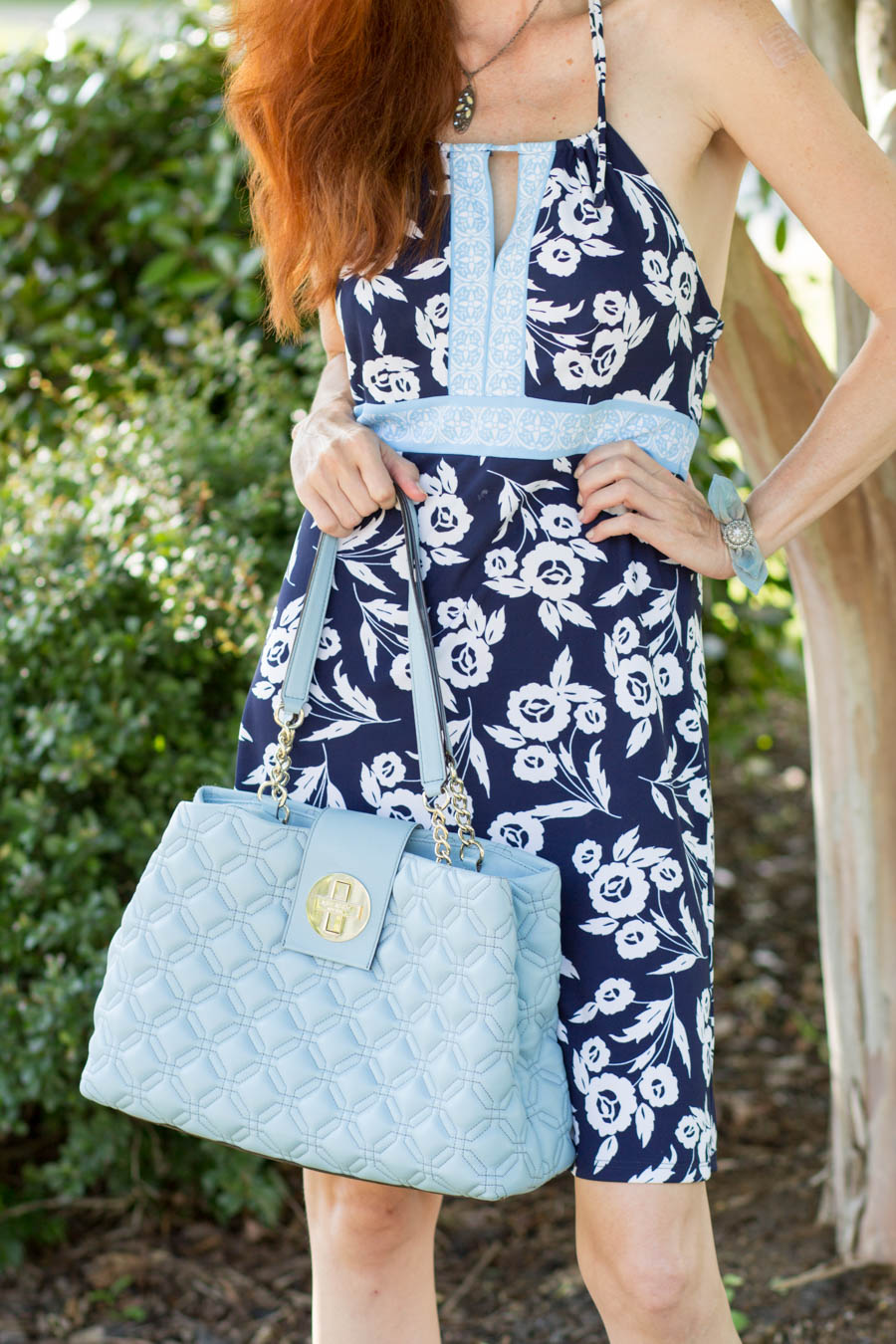 Yes, even my shoes have flowers on them!

Me and My Gibson : name that chord? !

Artistic shot of my Gibson 335 Guitar

I don’t know if I have mentioned this on the blog, but in college, I played in a Blues band with my other college musician friends.I stuck out like a sore thumb, however as I had more of a heavy metal BC Rich bass in electric pink color. We all loved the old blues musicians, Muddy Waters, Howlin’ Wolf, Robert Johnson, and BB King. We also played Eric Clapton and Stevie Ray Vaughn.

So much of the blues music that BB King played effects me to this day, as the raw emotion from the blues in what continues to draw me to this style of music. BB King had his signature style, as he was no “speed demon” playing fast runs up and down the fretboard, but rather his style was melodic and played from the heart.

Rolling Stone ranked King number 6 on its 2011 list of the 100 greatest guitarists of all time (previously ranked number 3 in the 2003 edition of the same list).[2] He was ranked No. 17 in Gibson’s “Top 50 Guitarists of All Time”.[3] According to Edward M. Komara, King “introduced a sophisticated style of soloing based on fluid string bending and shimmering vibratothat would influence virtually every electric blues guitarist that followed.”[4] King was inducted into the Rock and Roll Hall of Fame in 1987. He is considered one of the most influential blues musicians of all time, earning the nickname “The King of the Blues”, and one of the “Three Kings of the Blues Guitar” (along with Albert King and Freddie King).[5][6][7] King was also known for performing tirelessly throughout his musical career, appearing at more than 200 concerts per year on average into his 70s.[8] In 1956, he reportedly appeared at 342 shows.[9]” ** Source Wikipedia

I graduated in Jazz Guitar from Duquesne University in Pittsburgh, but probably enjoyed my time playing with the band the most. BB King was an influence in such that I listen for melodic lines in music when improvising. I love the sound and the stories behind the blues, even though a pentatonic scale is just that, 5 notes. This is where feeling, and heart come into play.

So, on that “note” I am “wearing my blues” today as a tribute to BB King. A blues legend. I had only this year started to add more blue hues to my wardrobe, as it was something that was lacking and I new certain shades that would look good on me. I love mints, aqua, pastel blue and other shades.

Today’s look is blue denim from Citizens for Humanity, with a  navy blue peplum top. The unique cut out design on the top is what attracted me to it, as I favor details in my clothes.  Adding to the look is my baby blue Kate Spade bag.

What else would this post be without sharing my Gibson 335 guitar, in which my little fur bear, Gibson was named after. As you know, BB played his Gibson 335, named Lucille throughout his life and the guitar became almost as much of an icon.

Last week we had 115 linkups and I HOPE YOU ALL WILL BE BACK AGAIN FOR TURNING HEADS TUESDAY TOMORROW!!!

So, I hope you enjoyed my “Blues Outfit of the Day” and can sit back and listen to some of my favorite BB King tunes.

The Thrill is Gone: ( one of our band’s favorites)

and with Eric Clapton

Have a great day!
Jess xx